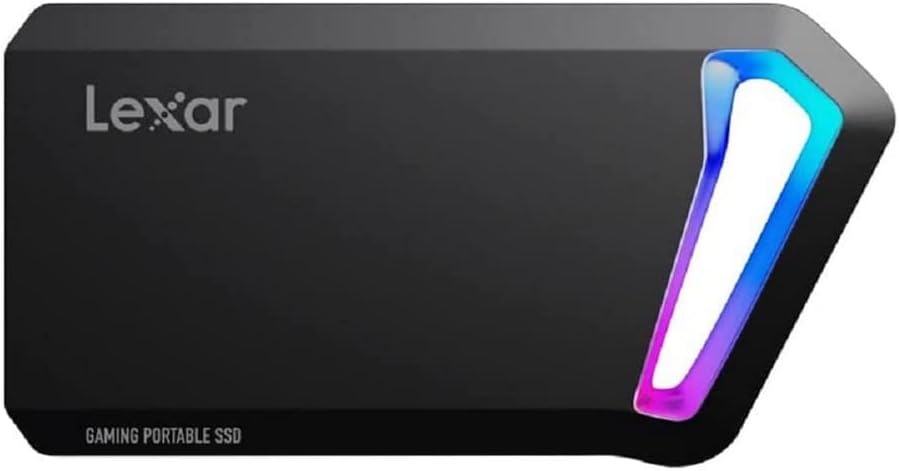 Here you can find a detailed performance and benchmark test.
The the external SSD SL660 BLAZE Gaming Portable SSD with 1TB (LSL660X001T-RNNNG) from Lexar was tested.

Read speed
100 %
Write speed
100 %
*) Test result evaluated according to AS SSD Score within the same size.

The standard test was performed with a 5 GB file. Here, a total score of 1229 points was achieved. The three folders are copied using Windows Copy command (the cache remains enabled). The practical test of 11.12.2022 shows the performance for simultaneous write and read operations. The lower the duration, the better. Here, the write as well as read speed (according to the manufacturer 2000 MB/s and 1900 MB/s) is measured depending on the compressibility of the data. Here a 256 MB file is written several times to the Lexar external SSD. The I/O block size varies (from 512 bytes to 64 megabytes). The larger the blocks, the faster they can usually be written and read. HD Tune writes a 5 GB file to the Lexar external SSD. The transfer data of the read speed is displayed graphically. The minimum, maximum and average values are also determined. The determined access time and burst rate are also displayed. Similar to HD Tune, a 500 MB file is written to the Lexar external SSD here. is written. The transfer data is displayed. The more constant the line, the better. The benchmark test was performed on 11.12.2022. Information about the test system can be found at the bottom of the home page.