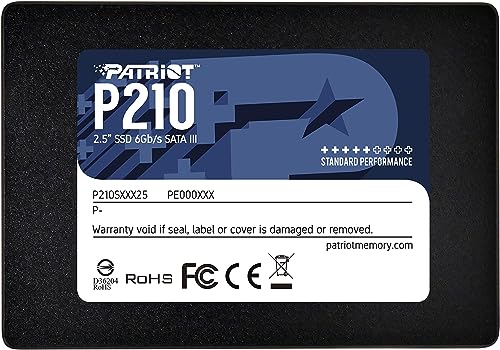 Here you can find a detailed performance and benchmark test.
The the SATA SSD P210 with 256GB (P210S256G25) from Patriot was tested.

Read speed
98 %
Write speed
88 %
*) Test result evaluated according to AS SSD Score within the same size.

The standard test was performed with a 1 GB file. Here, a total score of 607 points was achieved. The three folders are copied using Windows Copy command (the cache remains enabled). The practical test of 12.01.2023 shows the performance for simultaneous write and read operations. The lower the duration, the better. Here, the write as well as read speed (according to the manufacturer 500 MB/s and 400 MB/s) the Patriot SATA SSD is measured depending on the compressibility of the data. The benchmark test was performed on 12.01.2023. Information about the test system can be found at the bottom of the home page.